Australia’s Smart City Initiative: A Step In The Digital Age! – BDAA Skip to content
Previous Next

Australia’s Smart City Initiative: A Step In The Digital Age!

They say that the future is ‘smart’ but what does that actually mean?

Smart cities, sustainability, going carbon neutral – all these fancy terms lead us to the belief that embracing such a lifestyle can result in better communities, cleaner water, good waste management, and more in the future.

But is the era of smart cities already here? Is it our now? Is it already the future that we’ve been envisioning all this time? Seeing that smart cities market will reach an expected $3.8 trillion by 2024, the answer should be a very resonant yes, but it’s really NOT.

We’re only halfway there yet.

The whole world is absolutely smitten with the idea of ‘going smart’ and Australia is not far behind in this initiative. The ‘Smart Cities Plan’ is currently managing 48 projects with an estimated funding of $50 million under the Smart Cities & Suburbs program. An addition of $22.5 million will soon be added to this budget, officially making it the largest funding junction within the Australian initiative to embrace technology and data solutions.

The main core of every ‘smart’ design is the Internet of Things (IoT), which enhances connectivity with devices buried in small, everyday objects. It’s a small but impactful innovation that has completely redefined the way we perceive our spaces.

Several of the projects being developed under the Smart Cities Plan are using the IoT at an advanced and nuanced level. This includes the Liverpool City Council Project being carried out in collaboration with the University of Wollongong and an IT integration Company called Meshed. Their idea is to control and ease vehicle and pedestrian congestion by measuring their movements with IoT sensors.

Similarly, this initiative is gaining traction at the state level as well. The Infrastructure NSW has been constantly collaborating with industry and academia specialists to develop policies, get grant funding’s, and coming up with functional plans to further the smart city strategy within Australia.

Looking at things on a meso level, every other week sees a great strategy being implemented within the cities. This is largely because of the ‘Smart Cities Leadership Award’ which provides an excellent incentive for everyone to participate. Thanks to it, Brisbane became the first Australian city to implement a largescale Bluetooth monitoring system. It spans about 100 square kilometers, consists of a number of IoT networks, and monitors a number of things, resulting in a safer environment for the residents.

At micro level, we have a plethora of innovative products that constantly add something new to the initiative. Among these is the Telstra 5G, which ensures better connectivity, faster mobile data speeds, and boasts high reliability levels. The Telstra Innovation Center in Southport itself is a hotbed of smart devices, working on the development of driverless cars, e-health, and more devices.

The education sector is not far behind on the uptake. Just recently, the University of New South Wales inaugurated the City Analytics Lab to promote and develop newer technologies. On the other hand, the Smart IoT Hub in the University of Wollongong is developing better ways to enhance device interconnectivity in correspondence to large-scale applications.

Similarly, the transport sector is also seeing a major ‘smart’ revolution. With the advent of electronic vehicles, on-demand busses, dockless bikes, and ride-sharing apps, the industrial disaster of burning fossil fuels is definitely receding. The major contributors within this sector are Lime (a company that started sharing services for scooters, e-bikes, and pedal bikes), Lyft, and Uber.

As you can see, Australia is taking large strides in becoming a truly smart utopia by interlinking its educational and implementational agendas. In this time and age, striving for ‘sustainability’ and a ‘smart city frameworks’ largely means one thing: depending on technology and data. There is literally nothing we can do without it. As you can imagine, this digital revolution is definitely going to rock the world as we know it! 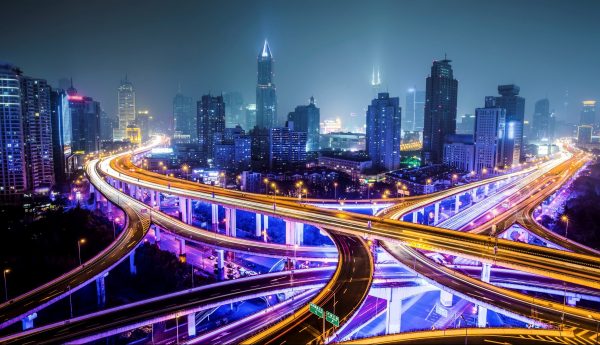