Green Architecture Around the Globe – BDAA Skip to content
Previous Next

Green Architecture Around the Globe

Urban gardens and vertical farms are being grown across the planet, as the UN predicts that 68 per cent of the global population will reside in towns and cities by 2050. With the construction of ‘urban forests’ around Paris, in an effort to lessen air pollution, and Singapore battling the food crisis with sky farms and lab-grown shrimp, the trend is growing in popularity.

Green architecture is stunning. But what renders a building sustainable?

It’s about lessening the environmental impact of the building. This could be by way of energy efficiency, eco-friendly materials or an intentional awareness of its surroundings, intending to conserve the region’s biodiversity.

Some prime examples of sustainable builds:

1. Architect Chris Precht has designed the Toronto Tree Tower, a proposed residential neighbourhood culled from timber, encompassing staggered walls with plants and trees growing from the bountiful balconies. He also designed the Yin & Yang house, with gardens on its interlocking roof, close to the self-sustaining German city of Kassel.

Chris Precht said that the cities of the future will be impelled by data collection and surveillance. He says that, as much as we know, we need to feel and sense more, via a connection to nature and integration of plants. Structures with ecoconscious materials that are textured and touchable. Integrated gardens that produce food and pleasant scents. Buildings that house bees and birds. Buildings that have life—and make us feel alive. 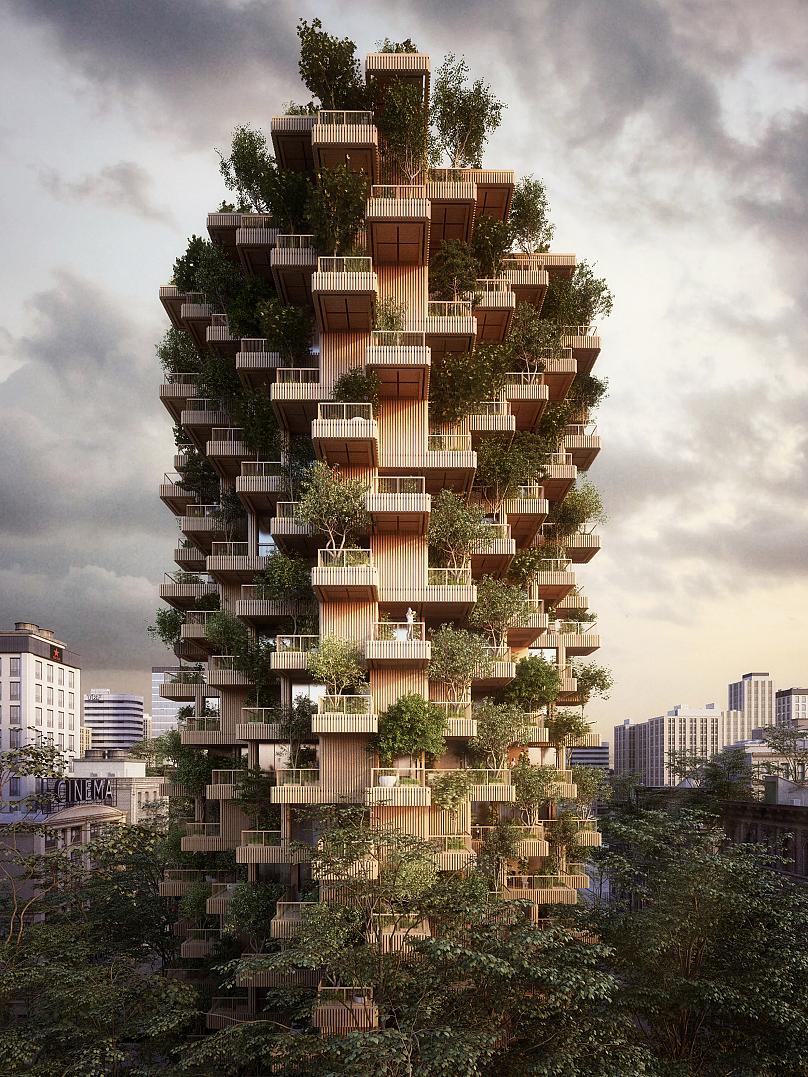 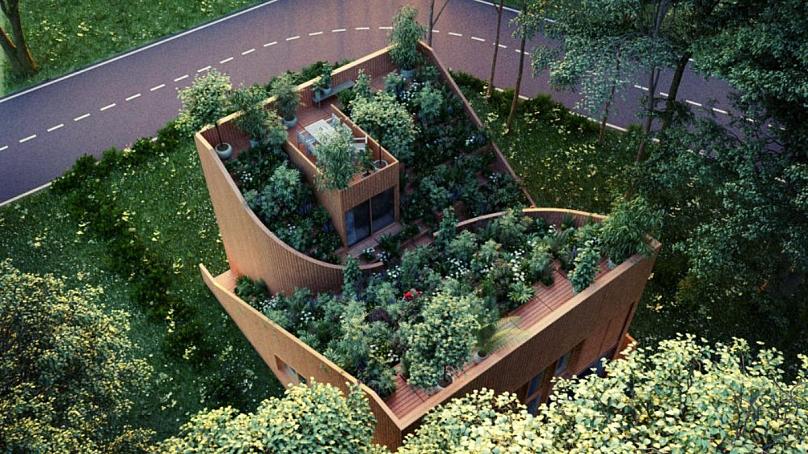 2. Architecture firm WOHA is a Singapore-based practice established by Wong Mun Summ and Richard Hassell in 1994. 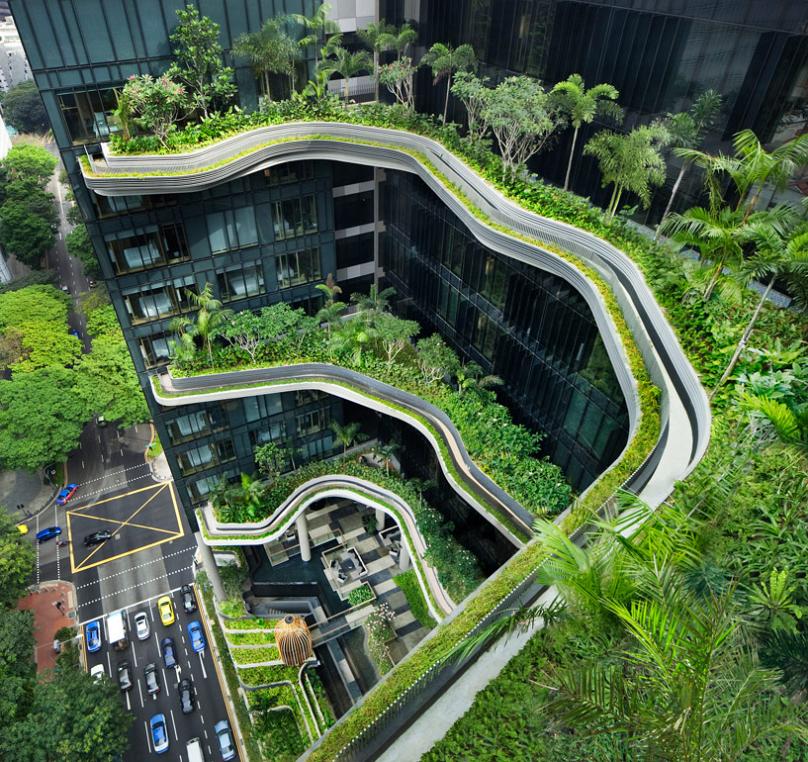 3. Stefan Mantu of Engraff, located in Bucharest, Romania, has designed a concept for an ‘Off The Grid Office’ to promote and embody the related concept of bonding with nature via what he calls an Exterior Interior.

Mantu says that green architecture is a vital step in the direction of sustainable development. Off the Grid Office is a concept project which relates that functional spaces should respect the balance between people and place.

His elements of design include air, light, and sound. Off the Grid Office was developed around the concept that any sort of human environment should be encompassed in the standing natural environment, because it comes complete with advantages normally reproduced through artificial materials. 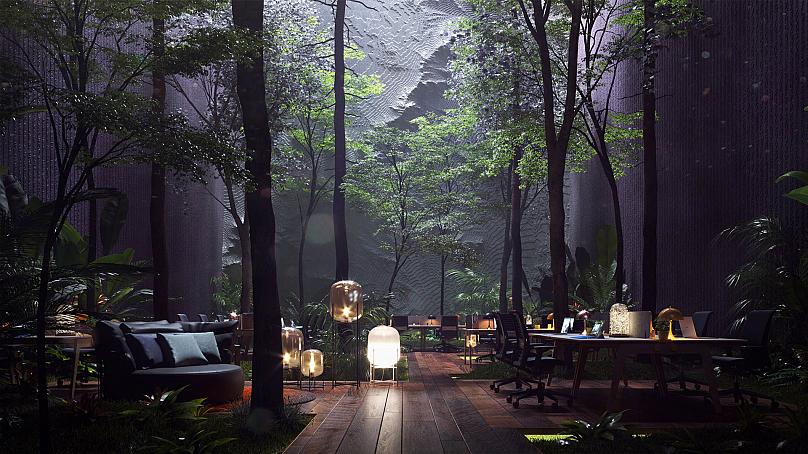 Off The Grid Office – Photo by Stefan Mantu, Engraff Studio

The architect desired the standing trees in the region to interact with the living space. 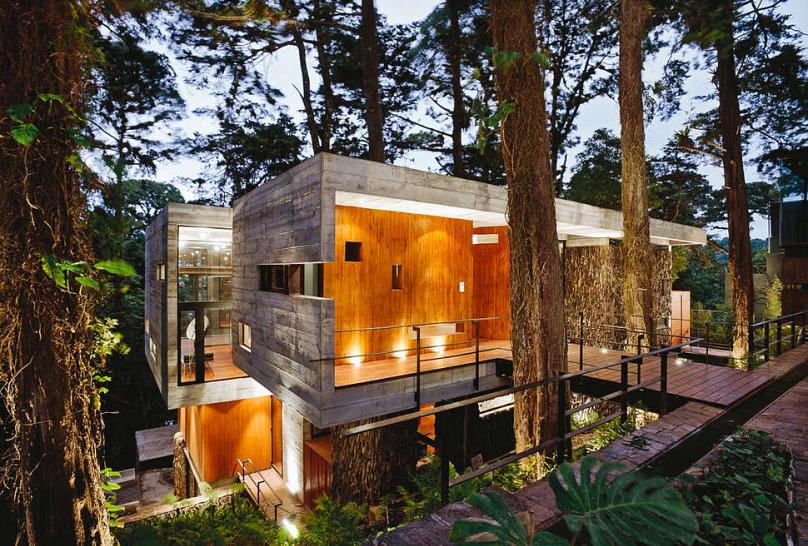 5. X-architecture is a British cross-disciplinary company with offices in London and Tbilisi. They have constructed an exceptional winery in Kakheti, Georgia, heralded Shilda. The form is a ‘considered response to the environmental factors of the area and the qualities of the wine’, says the company website.

The building is ensconced in the landscape of the vineyards, rendering it easily noticeable.

Plus the thermal mass of the soil is utilised to optimise the cooling of the structure, and the gist of the facade faces the north to avoid direct solar gain, lessening energy waste and helping to save the environment. 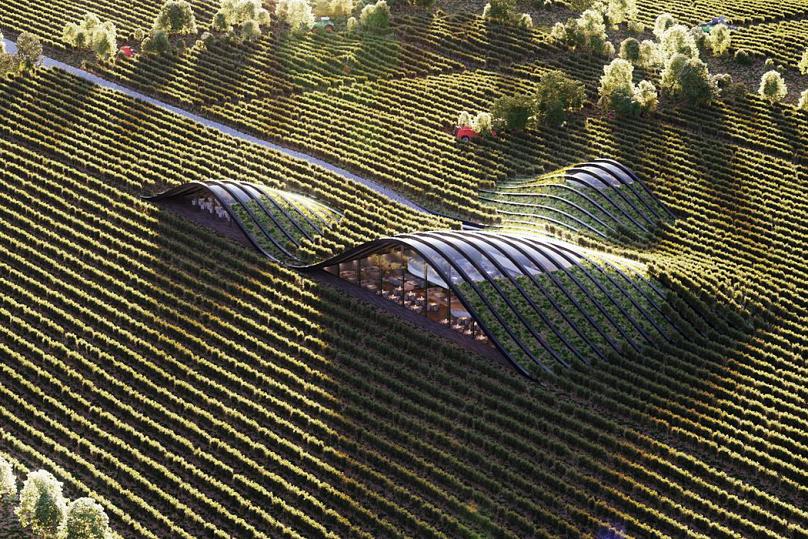