How Can Australian Cities Benefit From the Smart City Agenda? – BDAA Skip to content
Previous Next

How Can Australian Cities Benefit From the Smart City Agenda?

One of the main issues discussed at the last Council on Tall Buildings and Urban Habitat conference was how to cope with increasing density in cities, without harming the life of a community and how to enable people to access their workplaces more easily.

According to a report unveiled by Fifth Estate at the conference, 89% of all Australians are going to live in capital cities by 2053. The residents are raising concerns on how will this impact on the liveability in those cities. At the moment, the main idea to solve this problem is to focus more on building public transport in large cities, like new metros in Sydney.

Is it logical for almost 90 percent of one country to live in a few large cities?

Deploying smart city concepts and technologies can improve liveability in communities. At this moment, smart city focus is mostly on big cities, but what if this concept would be applied to every community, no matter how big or small? Thanks to the development of online communications, the smart city doesn’t have to be just something we imagine for the future – it can become a reality for many large cities or important country centres.

The focus of the media recently has been on the importance of having better and faster internet access in parts of Australia outside the cities – both rural and remote. Many different news outlets pointed out that everyone living outside major centres is facing communications challenges. Furthermore, they also reminded how online technologies can improve education and delivery of health services.

The demand for high-speed internet outside the large cities has been presented as a problem, but is it possible that at the same time it offers a solution? The idea is not to focus on bringing broadband to areas outside population centres but to encourage people living and working outside to move into the regional centres.

Forty years ago, the Whitlam Government created the Albury-Wodonga Development Corporation. While there are many reasons why this decentralisation experiment failed in moving population, it is believed that the key for its failure was the lack of communication services in that time. From our point in time, it is not imaginable to not be able to communicate with people all over the world, but to think that they have tried this experiment forty years ago when people didn’t even use fax machines and carried out most meetings face to face – it doesn’t come as a surprise that it failed.

The most important question now – is internet the real solution? The new trend is for people to work together completely remote, without even meeting. Furthermore, there are companies founded by partners from different continents, who also haven’t met in real life.

Greater Sydney Commission strategy was recently released and its authors believe that it would be a good idea to use existing city footprint to build more liveable communities. The example they used is Sydney, which would transform into a “tripartite metropolis”, with separate western, eastern and central cities. They believe that the solution is to enable every person to commute to home, work or other important locations within 30 minutes. According to critics, the biggest problem of this idea is the fact that there would be need to build a large number of high-rise apartment buildings, which is not suitable for everyone.

Another problem with this idea is that it would take up to forty years to complete the transition, which is quite a lot of time. Imagine what could be done in forty years if we started with decentralisation immediately.

When it comes to transport, there’s more that can be done along with improving it within the cities. Since more and more people are moving out of the major cities, what if the connecting transport in between cities is improved? Smaller cities are not just more affordable, but also offer a more appealing lifestyle, which is why people are choosing them on their own. The government could vote for policies that would enable more spending on regional parts that are not developed and help with improving key areas like transport and general infrastructure.

Furthermore, it is always a good idea to involve more people, sometimes it is just enough to hear their opinion on a certain matter, but they could also be involved in the decision-making process. For example, the government still believes that building metros would solve the congestion problem in major cities, but at the same time, more and more Australians are dependent on their cars for transportation.

Experts for urbanism might argue that it is more economical just to develop more already developed cities with existing infrastructure. However, before deciding which idea is best, it would be good to analyse what is more financially efficient – building infrastructure, utilities, and homes in areas around large cities or moving people into the capitals.

Economic efficiency on the side, what is better for the quality of life?

One of the largest telecommunication companies in Australia has a few high-rise buildings in Melbourne and Sydney, with their employees leaving their office during work hours just to buy lunch. However, they still have to face transport congestion, which for them usually means spending hours going to and back from office, which could have been located anywhere.

There is a good example in the world – how companies work in the US. Instead of having all their employees cramped up in high-rise skyscrapers, they have adopted the idea of developing large regional centres out of the big cities. Their employees are not only spending less time going from and back to work, but they also have a better quality of life.

The key to a better future is in understanding what the people need, which means that the government has to listen to its citizens. Smart city concept could come to life with community engagement, improving not just the infrastructure, but also the quality of life for people. 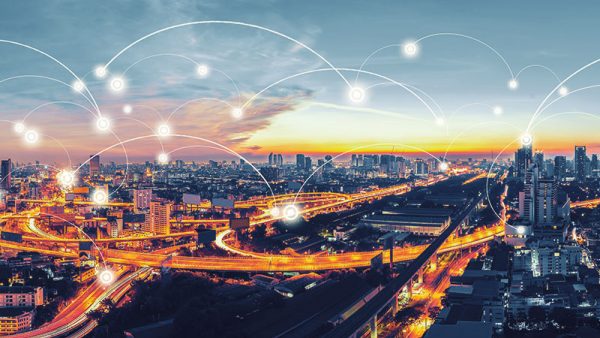