Investments in Energy Efficiency Technologies Drop, Even if They are Cheaper

The International Energy Agency (IEA) said that in order to reach the goals in the Paris climate deal, Australia and the other countries need more policy measures regarding zero emissions and more investments in energy efficiency technologies. Unfortunately, IEA warns that this progress is slowing, even if global energy demand rose by 1.9% in 2017.

IEA’s 2018 report also gives an “efficient world scenario” in which buildings, transportation and industry’s emissions are reduced significantly after 2020. The global investment for this scenario to play out is of $584 billion a year up to 2025 and for the following years up to 2040 it rises to $1.3 trillion.

The reality today is different than the scenario played by the IEA. The worldwide energy efficiency investments have slowed down significantly, growing just by 3%, far less than the IEA anticipated. Therefore, global energy intensity (energy used per unit of GDP) is at lowest since 2010. The good news is that there is room for improvement. With the technology we have, we could extract twice as much economic value from the energy in the efficiency process, compared to what we use today.

IEA’s scenario envisions that in 2040 the GDP will double, we will have 60% more buildings and 20% more people. The amount of energy used won’t be much different than today and the gas emissions would be cut to 12%. But for this to happen governments need to take immediate action and step up their policies. Moreover, countries still need to continue building up progress they made over the years by stimulating efficiency in cars and trucks. Another problem was pointed out by the IEA in The Future of Cooling report. The use of air conditioners will rise in the next years, so they need to become twice as efficient as they are today.

Dr Birol understands that each country has its own needs. “While various countries are endowed with different energy resources – whether it’s oil, gas, wind, solar or hydropower – every single country has energy efficiency potential. Efficiency can enable economic growth, reduce emissions and improve energy security.”

The report gives each government a hand and shows them what their country’s opportunities and resources are and what kinds of policies are needed in order to exploit them to their full potential. It also gives points for meeting key elements of the UN’s Sustainable Development Goals related to energy. Dr Birol added that IEA is trying to offer solutions, not just advice. “We know there is an appetite for focused solutions, and this is what the Efficient World Strategy offers. We look forward to working with countries to deliver the benefits of energy efficiency.”

The investments taken into consideration by the IEA report are “highly cost-effective and would bring significant economic benefits”. Some of this type of investments is already happening. The ESCO market increased by 8% to almost nearly US$29 billion (AU$41 billion) in 2017. The same scenario played for the green bonds.

Ten years ago, a global energy management standard was introduced, ISO 50001. In 2017 there were 23,000 certifications, most of them in Europe, with Germany being the leading country. The trend has slowed down in 2018. Adopting the standard has some advantages, like energy and cost savings. But the most notable one is that in European Union countries companies who get their ISO certification get incentives from the government.

Another requirement in order to accomplish IEA’s optimistic scenario is create stronger energy efficiency policies. In 2017 there were some notable advances in the transport field, but unfortunately, the construction sector and the industry one weren’t regulated as much. Emerging economies were more successful at implementing new strategies for energy efficiency. China is one of the countries who is leading the way. This is to their economic advantage though. Experts say that with the right policies the economies could double.

Next step: buildings and the manufacturing industries

The IEA’s report states that now we could improve the efficiency per unit by 40%, using the right available technology. It also shows that by 2040, there will be 60% more floor area, but if the right steps are made, there will be no increase in overall energy demand. Unfortunately, now two out of three countries lack mandatory codes for building sustainable or even energy efficient buildings. Europe is an example of good practice, as they implemented certain standards.

There is also another aspect to this problem. Without new sources of finance for upgrading the existing stock and to build sustainable new places, there will be little progress in the foreseeable future. On the other hand, the industry sector has a lot of opportunities, starting from replacing classic-fuel motors with electric heat pumps, which are more efficient.

But in the manufacturing sector, that is less energy intensive, the changes are easier to apply. With incentives form governments, little businesses and manufacturers will engage faster in the adoption of new energy management systems. Australia should be mentioned for creating new standards that improve the minimum energy performance of refrigeration systems and the capability of air conditioners.

The IEA publishes reports which are talking about the same problems for years. Unfortunately, this year’s edition didn’t get enough attention and coverage. But seeing that the institution is doing extensive research and development for improving emerging technologies, efficiency wise, and their reports should be more widely acknowledged.

The IEA should work more to spread what their reports are saying. Their recommendations are easy to follow even for decision makers and policymakers who are not versed in this industry. 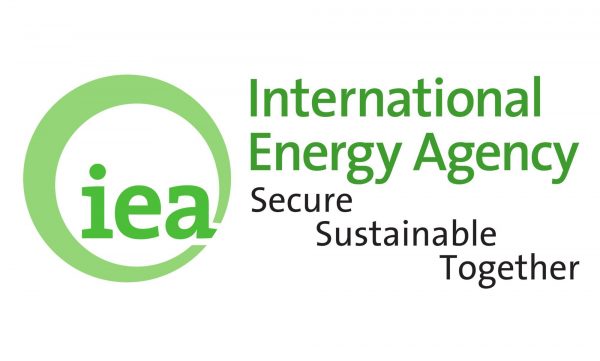