It is well known that bringing nature into the city has many benefits for its inhabitants: people are healthier, happier, they adapt better to migration and to temperature change. But there is another aspect that should be considered. Often cities replace the natural habitat of different species, so investing in urban nature is a big step for nature and species conservation.

Urbanization is the number one enemy for biodiversity, as cities areas have three times more threatened species than rural ones. The surface of vegetation areas in cities is declining, despite government’s efforts.

Unfortunately, protecting biodiversity in urban areas is considered a problem that should be solved, but it is not an issue urban planning is trying to tackle. Therefore, governments, contractors and city planners don’t provide a solution for this problem.

How to bring nature in urban areas?

There is no question that we need to bring nature in urban areas. By doing this, we would allow biodiversity to become an opportunity and to be accounted for in all stages of planning and design.

Biodiversity-Sensitive Urban Design (BSUD) protocol is taking another approach to preserving the biodiversity. Instead of arguing for big nature preserves in the cities, BSUD wants to intertwine nature with urbanism while keeping in mind the basic need of plants and animals in order to survive. Protect and create habitat, help the species migration, minimize human threats to biodiversity habitat, promote ecological behavior and encourage positive interactions with nature are the five principles BSUD proposes for urban design. These principles can be applied not only to individual houses, but also to industrial establishments because they address the biggest impact urbanization has on biodiversity.

BSUD also gives urban planners and developers the steps they have to follow in order to protect biodiversity in urban areas. It is encouraged to include biodiversity into the design from the early planning stages, so one can be counseled on the steps it need to take in order to achieve the goal. BSUD is putting the spotlight on decision makers in order to encourage them to make transparent decisions for preserving biodiversity. This way a new urban design will be crated.

For example, an developer in western Melbourne needs to enforce cat regulations in its buildings in order to protect the presence of the striped legless lizard which is a threatened species.

BSUD approach is fundamentally different to other ecological dogmas. They want to integrate biodiversity in the built area, not restrict it to bits of remaining habitats, such as parks. This way ecological value will be added to new environments.

But this approach has more advantages. A greener city will be cooler and cleaner. The residents will be more productive, less stresses and healthier. Seeing that Two-thirds of Australians now live in the capital cities, this type of change would be welcomed. In order to encourage people interact with nature, BSUD is proposing a series of changes in urban design, such as walkable streetscapes, which have been shown to deliver better liveability outcomes, or courtyard-focused buildings.

BSUD has a unique perspective on preserving biodiversity because it tries to find the middle ground between modern urbanism and ecology. Australia has a rich biodiversity that needs to be protected. Furthermore, BSUD talks about the cultures that need to be preserved, so the propose to connect urban residents with Indigenous history and culture by engaging Indigenous Australians in urban planning.

How do we achieve this vision?

BSUD’s vision sounds like a dream that many people want to come true. But doing everything they propose is not as easy as it sounds. We need to protect the little remaining patches of vegetation in urban areas. Therefore, it is important to change our way of building in order to preserve and stimulate biodiversity.

Furthermore, there is the wellbeing of the social factor to be considered. Some plants and animals are a threat to people. Moreover, some types of plants burn fast, so they might start fires difficult to manage. But the BSUD certification is a step you need to take in order to receive the incentives from Green Building Council of Australia for industry-based buildings.

BSUD is generating much interest, therefore, hopefully soon we will see examples that will attest the protocol’s practicality. 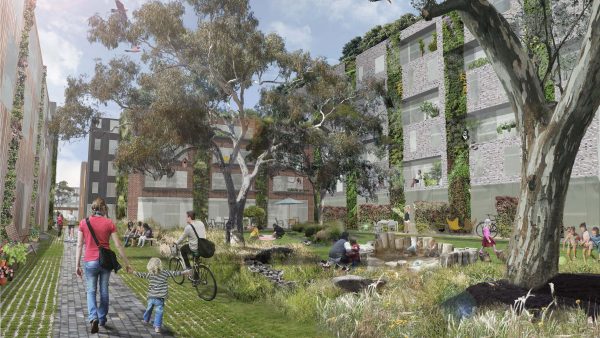