NSW has founded a new team with only one goal – to find and bring to justice the worst waste criminals in the area, some of them being multiple offenders. However, keep in mind that waste criminals are not just those organized syndicates that you often hear about, but also you can count in that neighbour that throws something on the curb from time to time. According to the NSW Environment Protection Authority (EPA), one in three persons in Australia has dumped something illegally.

Mark Gifford, the Chief environmental regulator for the EPA, stated that the Waste Crime Taskforce was formed back in April this year because the agency has been informed that there are organisations and organised criminals in the waste industry doing “unlawful activities for economic benefit”. These activities include land pollution, illegal dumping, and stealing of metals and other recyclable materials.

EPA has carefully chosen professionals for its taskforce – intelligence experts, legal officers, criminal investigators, and waste industry professionals are all part of that team. Their mission is to first tackle the waste crimes that are most dangerous, like the dumping of asbestos and land pollution.

The Protection of the Environment Act already has defined sanctions for these crimes and the taskforce will enforce those sanctions. The maximum penalties are $1 million or 7 years for an individual and $5 million for a corporation. However, these penalties can only be applied if it is possible to determine that the crime was done knowingly and wilfully. Repeat offenders are included in the new legislation, introducing a maximum penalty for anyone who does waste crime over and over. According to Mr. Gifford, this legislation has already been put in use – in May a repeat waste offender was sentenced for three years in prison for illegally dumping 8 times.

The problem with illegal dumping goes further than just damaging the environment. Mr. Gifford claims that they can have a serious impact on various economic areas. For example, creating an illegal landfill seriously decreases the value of the surrounding land.

The amount of waste crimes has united Australian authorities in the fight to protect the environment. EPA from NSW cooperates with the police, local councils, EPA offices in other counties and with regional dumping squads to identify and prosecute waste criminals. This problem has made all jurisdictions to come up with approaches that will have long-lasting effects.

EPA’s goal is not just to prosecute waste criminals, but also to understand why people dump waste illegally. Recently, they carried out research that found out that the motivation behind the crime itself depends on the type and scale, but in most cases, convenience is to blame. Mr. Gifford says that most people who commit waste crimes find it inconvenient to take the waste to a proper landfill and instead they just dump it where it is convenient. Furthermore, they also want to avoid transport and landfill costs.

When EPA is not fighting with waste criminals, they are working on new programs and initiatives to help the waste industry overcome all problems and challenges. One of the grant programs has a goal to improve the waste and recycling industry in NSW. Mr. Gifford stated that a total of $802 million will be distributed through the Waste Less, Recycle More program to stimulate investments in transforming how waste is handled and to increase recycling. This program was first launched in 2013 and now it is extended to 2021 with extra funding of $337 million.

Government is still to convince everyone that everything is done to tackle waste problems in NSW. Recently in the Sydney Morning Herald, Gayle Sloan, CEO of Waste Management Association of Australia accused Gabrielle Upton, NSW Environment Minister of failure to secure funding for new waste management infrastructure. Ms. Sloan claims that this is the main reason why NSW is still dependent on landfill.

Garth Lamb, Australia’s peak waste body and Ms. Sloan are asking for action from a government that would lower the pressure on the waste industry. The idea is to use waste levy funds to improve waste services and infrastructure. Furthermore, the EPA should get more power when fighting with criminals and lastly, NSW would need to get a Sustainability Victoria equivalent. 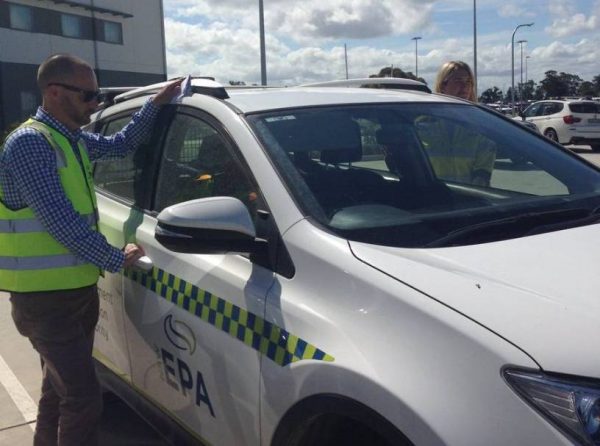