Solar Roads the Next Step to Sustainability

The first road covered with solar panels was inaugurated on December 2016 in France. The one-kilometer road in Tourouvre-au-Perch was used by over 2000 vehicles per day for a period of two years in order to demonstrate if the road could generate enough power in order to sustain the small village’s public lights. At the inauguration of this road, France’s ecology minister Ségolène Royal set a daring plan: to install solar planes on 1000 kilometers of highway over the next five years.

But France wasn’t the first country to implement this idea. In 2014 in Kormmenie, Netherlands, a 70-metre stretch of bicycle path containing solar panels was opened. Crystalline solar cells were encased in the concrete and covered with tempered glass. In order to keep the glass clean, a slight tilt was given to the path, thus ensuring maximum exposure to sunlight.

China invested a bigger stake by opening the first solar highway, a one-kilometre highway in Jinun, Shangdong. The Jinun highway generates one million kilowatts of electricity per year, or so the government claims. The power generated by this solar highway is used for street lighting and for the snow melting system.

England is taking another way to supplement zero emissions energy. The engineers from Lancaster University are working on smart materials that can transform vibrations from roads into electrical energy. They hope that an optimized road system can recover one to two megawatts per kilometer under normal traffic volumes of 2,000 to 3,000 car per hour. That is enough power to light up to 4,000 street lamps.

Professor Mahame Saafi, who is leading the research, says that the new materials will convert mechanical energy from traffic into electric energy by using the piezoelectric effect. The electricity will be used to power street lamps, traffic lights and electric car charging points. However, researchers need to find an equilibrium point between the cost of the materials and the energy they produce.

The French company that created the solar road in Tourouvre-au-Perch, asphalt maker Colas Group, is trying to expand on the international market. They developed 1.26 square meter solar panels which can provide almost 116 watts of energy at peak efficiency. They want to install these panels at 100 test sites.

But is Australia ready to join Europe on this path?

Karl Kruszelnicki (known commonly as Dr Karl), who has talked about this subject and thought it for the last 25 years, thinks it is ‘attractive looking idea’. He thinks the advantage of solar roads is that a space that is not used by others, with the exception of the vehicles, could generate electricity without interference. On the other hand, Dr Andrew Thompson, a researcher at the Energy Climate Change Institute at Australian National University, thinks that even though the technology exists it is too expensive to implement and the outcome is too little.

In Thompson’s opinion recycled waste from the petrochemical industry is cheaper, the know-how has been developed for hundreds of years and it doesn’t pollute very much. Solar roads come with a lot of infrastructure challenges. Because you have to install an electronic circuitry under the road base, each common intervention, like changing a pipe, would be very expensive.

Solar roads are not economically viable, Thompson thinks. And he also says that by introducing this system, we won’t experiment anymore in order to find other solutions to this problem. “It’s definitely technically feasible but economically it is absolute garbage. It shouldn’t even be on the radar as far as a serious solution for energy generation,” Thompson said.

And he might have a point. Solar roads cost around four to five times as much as traditional ones, made of asphalt or bitumen, News Corporation shows. The path in Netherlands cost as much as 520,000 kWh and it only produced 3,000 kilowatts of energy, a report in The Guardian shows.

Moreover, the researchers from Lancaster University estimate that the new harvesting technology for roads would only save 20% of the associated cost of running 4,000 street lamps. But the cost is not the only one perspective we need to see this problem through. Urban areas are usually shaded, from tall buildings, trees and cars. This means, the roads would produce less power.

Safety is another concern. Even if the glass is made to replicate roads’ surface topology, what happens when is worn down or when the weather is more aggressive than the usual? These are problems that should be taken into consideration.

Solar roars are being developed in different countries around the world. But Australia seems to a little bit reserved when it comes to introducing this new technology. 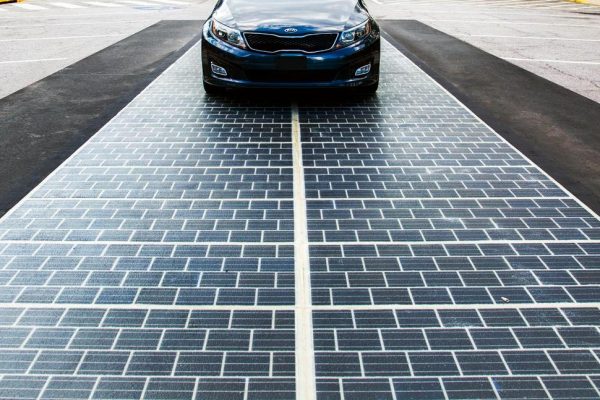