SOM’s Urban Sequoia is intended to help cities that devour more carbon emissions than they generate. This prototype high-rise could be constructed today and, SOM suggests, would stand as the tallest tree in a ‘forest’ and undergrowth of carbon-capturing structures. 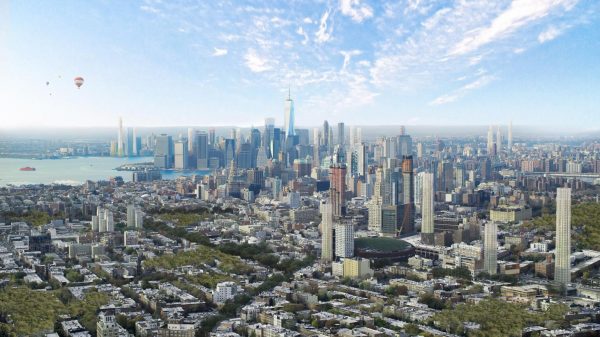 The idea shows how a good percentage of strategies and technologies – from biomaterials and biomass to carbon-capture technologies – can be optimised and integrated.

The usage of bio-brick, hempcrete, timber and bio-crete lessen the carbon impact of the concept structure’s building by 50 per cent in comparison to concrete and steel, says SOM. The structure also includes materials and natural solutions and technologies meant to absorb carbon in time. 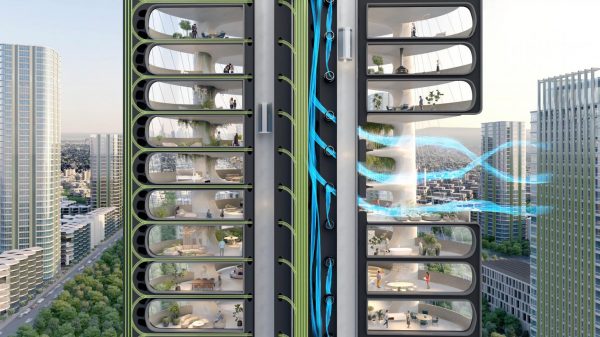 The value of this concept is how attainable it is, said Yasemin Kologlu, principal at SOM. The project proposal unites new design ideas with natural solutions, emerging and present carbon absorption technologies, and blends them in a revolutionary way.

SOM says that the concept structure could sequester up to 1,000 tons of carbon a year, equal to 48,500 trees. And after sixty years, the structure would absorb 400 per cent more back carbon than was released during its building.

SOM envisions the building as the centre of many virtuous circles and value chains, the focus of an economy for carbon and biomaterials. Biomass and algae on its façade could morph the structure into a source of biofuel that runs heating systems, cars and aeroplanes. It would also generate bioprotein. Captured carbon could also play a role in industrial practices. 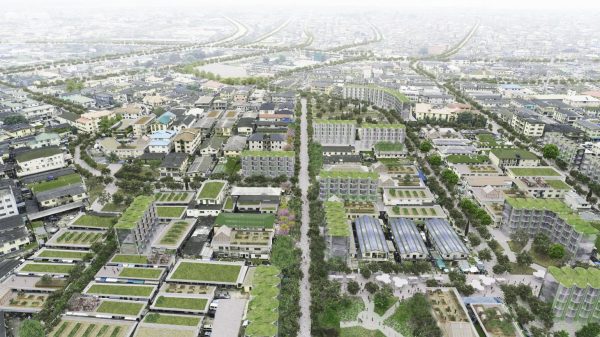 To work, though, Urban Sequoia would have to seed carbon-munching neighbourhoods. By morphing urban hardscapes into gardens, designing intense carbon-consuming landscapes, and retrofitting streets with added carbon-capturing technology, onetime grey infrastructure can sequester up to 120 tons of carbon per square kilometre, states SOM. When duplicating these strategies in parks and other greenspaces, we save up to 300 tons per square kilometre of carbon per year.

The time is gone to discuss neutrality, says SOM partner Chris Copper, supporting the company’s innovative carbon-negative architecture model. The proposal for Urban Sequoia – and whole “forests” of Sequoias – renders buildings, and our cities, part of the solution as they sequester carbon, changing the course of climate change.