Sustainability is the Next Step for Victoria

Australian governments start to acknowledge the end of an era, as fossil fuel is starting to become sparse. So, 2019 will come with new programs than manage the implementation of green energy, even if that might hurt politicians in the upcoming elections. The Andrews government knows what to offer his electoral target: sustainability. Stan Krpan, SV chief executive says that the projects are already founded and that they will keep everyone busy for the incoming year, year and a half. Queensland is another state that chose the same route. By 2030 the government-owned company CleanCo is committing to up by 50% the renewable energy usage.

NSW doesn’t apply to this platform yet, but it is a good idea to propose programs for sustainability if they want to perform well in the upcoming elections, as experts and surveys show. The Berejiklian government needs a positive story in order to balance the negative ones, like the failed light rail project and the disastrous WestConnex.

John Grimes from Smart Energy Council says that an “absolute transformation of the energy sector” is the change the NSW government needs. He told PV Magazine: “Until now, NSW has been the laggard when it comes to transitioning to renewable energy. Other states are moving. The community is moving. And the closer you get to the reality of people’s lives, local governments, community groups, they are all absolutely behind the transition and will drive the transition”.

In Victoria, sustainability advocates can’t believe the positive effects it had on economy. According to Green Energy Market, Victoria’s renewables is creating 6000 jobs, because they snowballed in recent times. But this is not the only announcement the government has. At All-Energy Australia Conference, the minister talked about a new project, implementing fast electric car docks and he raved about the benefits for battery storage.

Furthermore, the winners for the Zero Net Carbon Homes program were announced. They were asked to create four demonstration homes. Three big players in the residential industry: Stockland, Metricon Homes and SJD Homes received $2.18 million for their contributions. SV’s Krpan says that the selections these three big players made have applicability in real life. And this shows that the government is serious about completing its projects.

The money is for creating a framework for the two million houses that will be built by 2050. Also, part of the project will be creating verification tools for certifying zero net carbon for the houses that have already been built. Giving comfort to the companies that make big investments is another way to finding out what people need and also to develop a practice for creating sustainable homes.  “We’re trying something different here; we’re establishing a partnership with the builders to see if we can get to net zero. And working with them around consumer insights, looking at how you market to them and what the right branding of net zero carbon is. We’ll also do the technical testing – the air blower testing and performance of the home”, Krpan said.

Another investment that there is to be made is developing to its full potential the FirstRate5 tool, what uses the NatHERS rating scheme. Stan Krpan says:  “We found that people are using that [FirstRate5] to go beyond compliance, so we improved the tool so it can go beyond net zero net carbon and performance can be verified.” Even if the money doesn’t go for the construction of the four houses, Krpan thinks that the sum is enough for creating the frameworks, as they will serve as a starting point for next projects. Krpan agrees that even if people want more sustainable homes, it is important to tap into their emotions in order to sell the houses. Therefore, zero net houses have become “house with no bills”, “the coolest house” and “house of the future”, in order to become more appealing to the public. “You have to tap into the emotion. You don’t do a cost benefit before buying a new iPhone.”

There will also be a training program for those who will sell the houses. Three of the pilot houses will be in the south-east of the city and one in western corridor. Extra ceiling and wall insulation, double glazing, high efficiency heating and cooling, water heating, and lighting systems, as well as rooftop solar panels, are the features each house will have, as shown in a statement from Ms D’Ambrosio. Moreover, These “purpose-built homes could almost halve energy costs and cut greenhouse gas emissions by around six tons a year compared to a standard new home.”

If Victoria manages to complete its plan by 2050, energy saving will become a big attraction.

What are other the other plans for sustainability?

SV has other interesting projects to manage. Solar rebates for 24,000 homes and 6000 solar hot water systems which will go to 720,000 homes have been founded, if this government returns. The investments go from $2225 for solar photovoltaic panels and up to $1000 for hot water.

“We set up a dedicated unit called Solar Victoria which is now processing the first rebates from the solar and hot water schemes”, Krpan says. A home retrofit program is on its way. If the government is elected, in another 10 years they plan to modify another 650,000 homes, taking the total to 1 million, which is a daring idea.

Another project is to tackle the mountains of plastic and other waste, since China stopped receiving West’s garbage. The SV launched in July a $34 million strategic program to stimulate recycled material usage, especially in the infrastructure sector. $2.5 million goes to University of Melbourne for researching potential ideas for recycled material usage such as crushed glass in roads, hard plastics in tilt up slab construction and soft plastics in railway sleepers.

But there is a problem with waste recovery, Krpan states. It is a real challenge to manage waste recovery as more and more people are asking for cleaner products and the costs are low. The government gives 50 cents for plastics and 30 cents for paper. That being said, “It’s a potentially very valuable and lucrative market but some of this lower grade stuff is not moving.”, Krpan states.

Who does Krpan manage all this work?

First of all, the budget increased to $130 million, up from $45 million last year. It is a relief for the agency now that can hire staff and create a more professional environment. Now they created positions for new specialists in renewable energy and energy efficiency, and for professionals in the built environment such as architects and project and contract managers.

Matt Genever joined in July as a director of resource recovery. He has a background with strategic consultancy Reincarnate. “Either way 2019 will be busy. We’ve got a huge year ahead of us.” Krpan says. 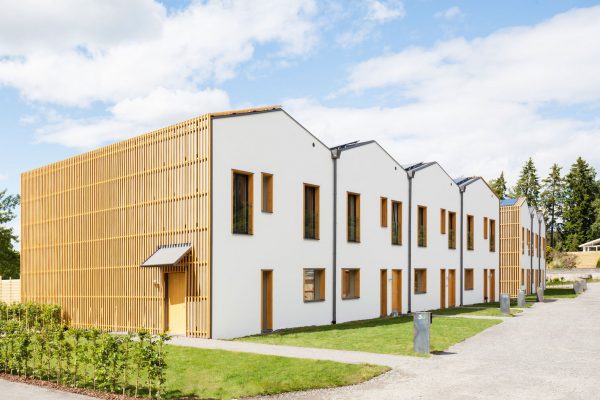