The History of Green: A Beautiful Exploration of Sustainable Design – BDAA Skip to content
Previous Next

The History of Green: A Beautiful Exploration of Sustainable Design

As the phenomenon of green building becomes a trend throughout the building design industry, it may be time to look back at some of the oldest and most honoured examples of sustainable construction—as outlined in the book Green Architecture by Philip Jodidio. The secret to these buildings’ sustainability is the manner in which they harness heat by way of orientating them in the direction of the sun, or by lending thermal mass by a lining of thick stone or mud. The text also demonstrates the technological means of controlling global warming elicited by construction processes, which is responsible for an elevated proportion of greenhouse gas emissions.

Inspired by nature, Dutch practice 24 Architecture created a design itself inspired by the tropical staghorn fern, to apply to a primary school in Chiang Mai. The building boasts locally sourced materials and a minimal carbon footprint. Its low-hanging Gaudíesque roof – supported by bamboo columns – seems to float above the rammed earth floor. 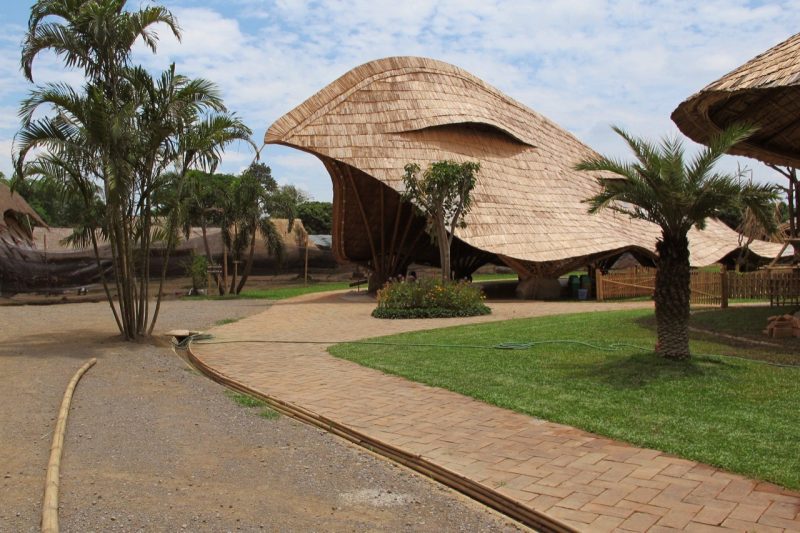 The 680-bed Ospedale dell’Angelo in Venice-Mestre, a 40-year-long project credited to Italian architect Emilio Ambasz, is often perceived as the ‘world’s first green general hospital’. Its 30m (100ft)-high, 200m (650ft)-long entrance hall includes a bountiful winter garden, visible to more than half of the patients’ rooms and to lounges on each floor. Outside the windows of the remaining patients’ rooms are plant-filled containers. And the operating rooms, laboratories, service facilities and parking areas all have green roofs. 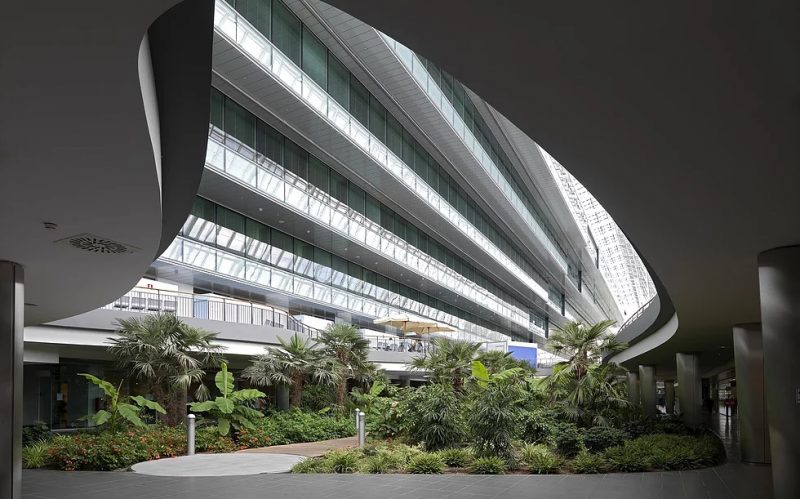 Sony City in Osaki, Tokyo, Sony’s large-scale research and development department, was designed by Nikken Sekkei, who say the structure was conceptualised as a massive cooling device that likens ‘a natural forest’. Solar panels lining the southern façade generate ample heat, protecting Sony City from strong sunlight. The building is protected via Bioskin, an exterior layer of ceramic tubes that cools the outside when rainwater drawn from the rooftop is delivered through the tubes. As the water proceeds to evaporate, the water delivers coolness to the tubes and adjacent air. 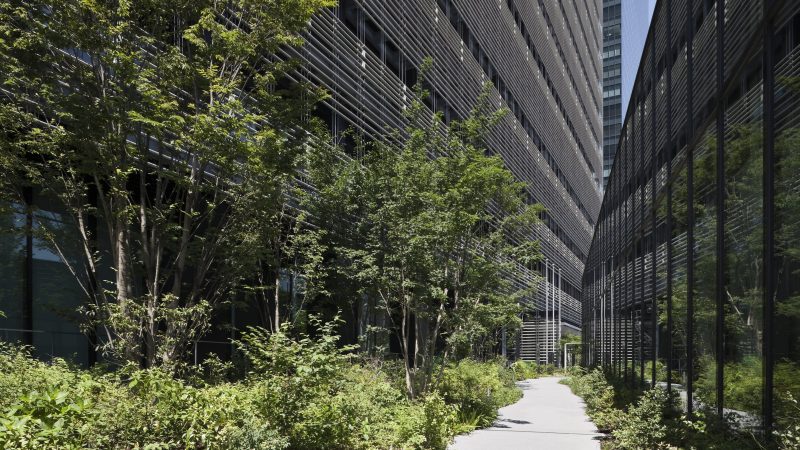 Kengo Kuma, the Japanese architect renowned for making buildings at one with nature, was given the task of renovating a glass-fronted home built in 1956. The Glass Wood House is based in New Canaan, Connecticut, and Kuma enhanced the design with the addition of an L-shaped extension of wooden louvres that projects well into the woodlands without disrupting the surrounding landscape. 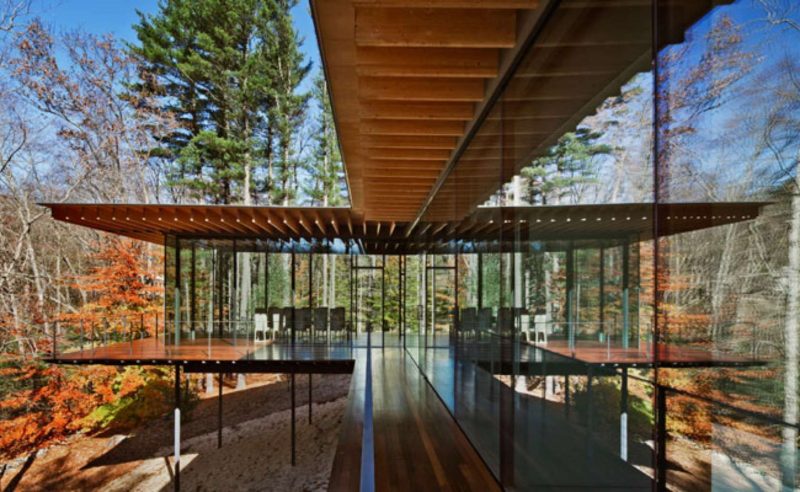 In honour of the 2008 Venice Architecture Biennale, architect Junya Ishigami designed the Japanese pavilion; a structure consisting of small glass houses surrounding the building in the park, Giardini della Biennale. The role model for this project took the form of Joseph Paxton’s Crystal Palace at the Great Exhibition in London of 1851. Tables and benches for public accommodation lined the garden in a graceful melding of interior and exterior space. Ethereal wall art completed the picture—most literally! 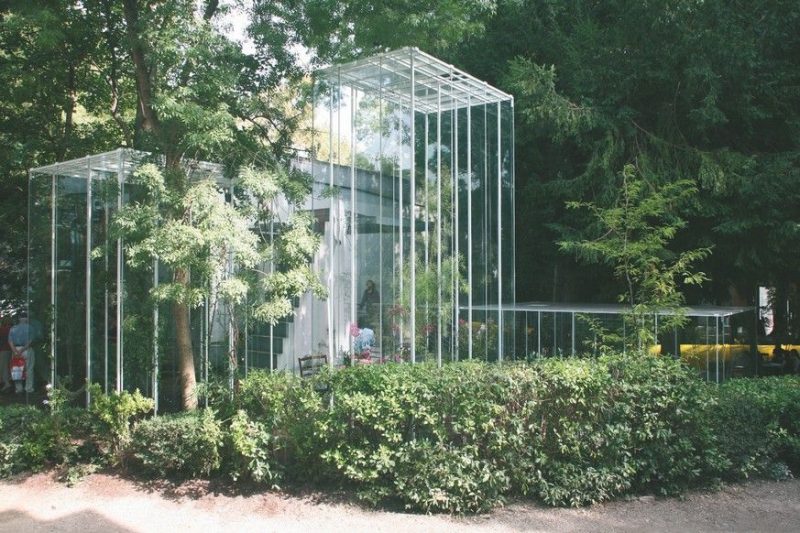 This new age farmers’ shelter, which seems to grow forth naturally from the Datun Mountains, merges interior and exterior elements by way of an extended deck. Designed by Finnish architect Marco Casagrande, the shelter is highly flexible in formation and boasts a slatted front that circulates cooler breezes. The porous facade introduces sunlight into the interior, while a fireplace warms the area. And the entire structure is elevated from the ground to shield the shelter from flooding. 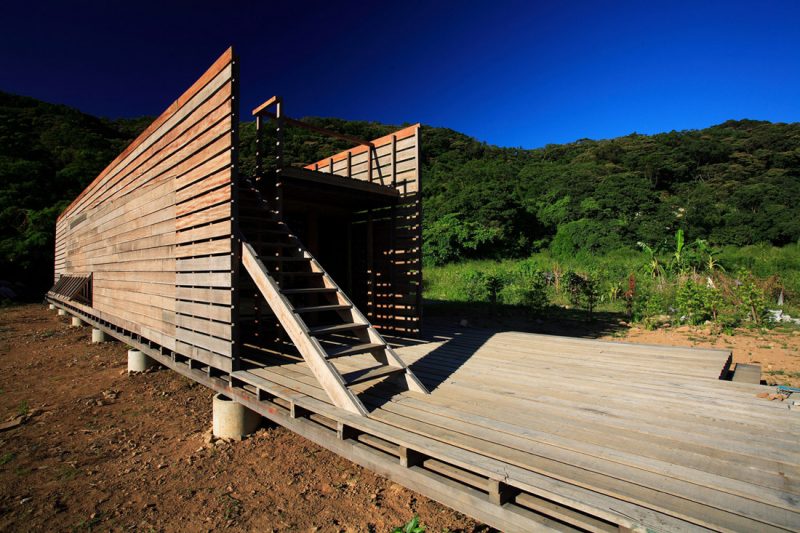 This majestic 22,500-sq-m (240,000 sq ft) proposal for a Madrid-area urban pavilion was conceived by Spanish building designers Ecosistema Urbano, who designed the structure on the basis of an “air tree”. Designed to occupy the centre of a main street, Ecoboulevard comes enshrouded by trees and lined with tiers of vegetation, supplying a cool Mecca during warm months. Plus the structure’s temperature is regulated by levels of vegetation and water vapour created by solar panels that also supply surefire temperature control. 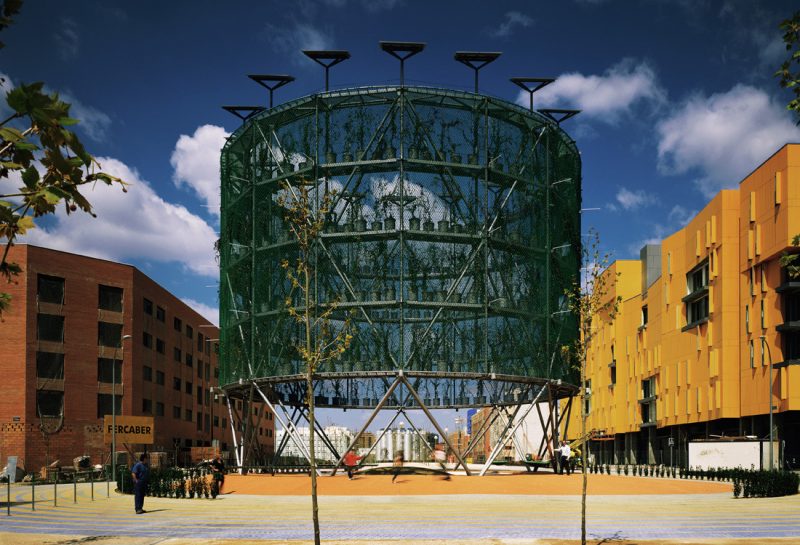 Designed by German architects Heberle Mayer, this affordable rooftop addition to a standing Berlin building was created with the use of a greenhouse. The beautiful, tropical result took the form of an outdoor terrace that can accommodate a mobile kitchen. During the winter, this transparent masterwork draws its heat passively from the sun, while at the same time featuring curtains culled from heat-reflecting fabric and sizable sliding doors to prevent interior overheating.

A classically designed, primeval-looking structure blooming forth from the jungle in Badung, Bali, this experimental school educates students on the subject of sustainable materials. The building’s open sides connect the building with the exotic woodlands surrounding, and an open floor plan promotes natural ventilation. The project was the work of design and construction company PT Bamboo Pure, and the Meranggi Foundation, who owns Indonesian bamboo farms, donating plants to area farmers. Other regions of the school were built using recycled rubber and car windshields, with the grounds featuring an organic garden and fences culled from living trees. 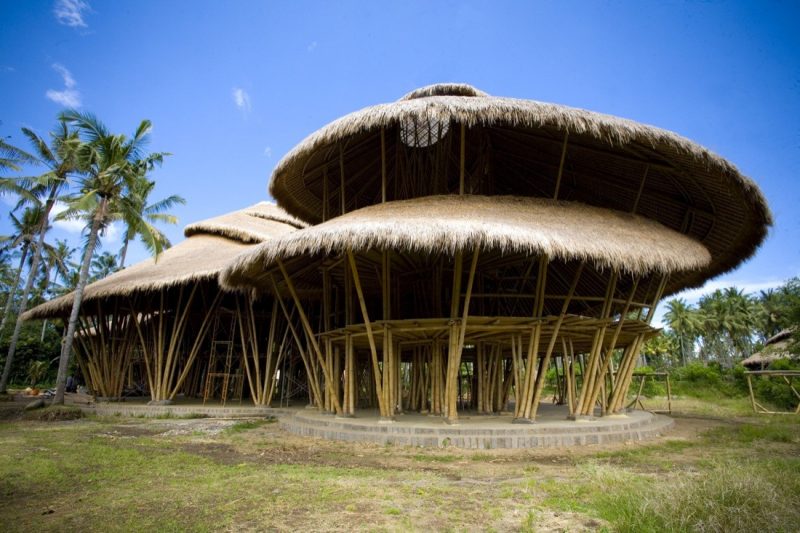