The Smart City Agenda Might Help Struggling Cities in Australia

One of the pressing issues of urbanization discussed at the recent Council on Tall Buildings and Urban Habitat conference was how to manage the increasing urban density without affecting the comfort of the community. The accent was put on the development of infrastructure in order to help people arrive at their destination faster.

“By 2053, about 89 per cent of all Australians are expected to live in capital cities. As more and more people enter these cities, residents are becoming increasingly concerned with impacts on liveability,” a The Fifth Estate report on the conference said.

One of solutions to this problem was to develop further the public transportation in these cities. Sydney, on the other hand, needs to be encouraged to continue the development of the metro system.

But is it possible to have only a handful of overcrowded cities and discard the idea that some people want to live a quieter live?

The liveability factor is a key component in every smart city project. They are often applied only to dense urban areas and are viewed as an alternative for overcrowding. But why can’t the same principles be applied to smaller crowds or to rural areas? For example, online communications can create the opportunity for smaller cities to become regional centres.

This idea has been in a media for some time. So, the need for better internet access in rural areas and remote zones in Australia is not a new topic for anyone. And there are a lot of benefits for a better online communication, which the major urban areas are familiar with, like the improvement of education and a better delivery of information in the health system.

However, the discussion is centered on the major urban areas. But if the step to improving communications is taken for remote areas, business will follow suit. Therefore, little towns can become hubs for certain businesses and thus, improve the liveability of those regions.

This idea, of a decentralized nation is not new. The Whitlam Government has envisioned this four decades ago. Unfortunately, it was almost impossible to achieve this goal, as there were almost no means of communications. Nowadays, things are a lot more different.

There is still a question to be answered: Has the internet provided the solution for decentralization? Now, most jobs can be carried out remotely, as they are internet based. This trend will continue to grow in the upcoming years.

The authors of Greater Sydney Commission Strategy think that the liveablility factor can be improved in big cities. In their vision Sydney will become a “tripartite metropolis”, which means that it will have separate eastern, central and western cities. Bur regardless of the dimensions, people will travel to key locations in the city only in 30 minutes. Of course, in order for this to happen, new apartment buildings should be built. And they need to be sky-high in order to accommodate that many people. This might not be the answer people want.

The Greater Sydney Commission estimates that this transition will be completed in 40 years. But it might be smarter to continue with the urban consolidation plan than to change gears to innovation lead by decentralization.

Not only transport in cities needs improvement but also between them. People are moving out of the big cities because the housing is more affordable and the lifestyle is quieter. Therefore, a fast train from Sydney to Newcastle or from Melbourne to Geelong, for example, would be helpful for them. Taking into consideration this trend, a great policy would be connect regions rather than improve transport only in regional areas.

It is important to take into consideration what people need. Of course, extending the metro system is welcomed, but it might not help all categories of citizens. Therefore, it is important to create policies that include all communities across the country, especially when it comes to implementing new technologies.

Even if urbanisms claim that it is more economically efficient to address these changes only to urban areas, it is important to take into account the migrants to smaller communities. The cost of building new homes and providing the related utilities might increase over the years as urban areas become more crowded and fundamental changes in city’s infrastructure need to be made.

The quality of life is more important than the economical part, when it comes to developing the infrastructure.

Let’s look at a simple example. One telecom company has several high-rise buildings in both Sydney and Melbourne. Thousands of employees need to get to these buildings in the morning and leave at the same time. They struggle everyday with the commute and with the congested transport system. This happens with every field of industry.

In this case, US’s example should be considered. In the United States businesses don’t fight over crowded cities, as they are spread across the country. One or two-industry cities are frequent in the US and they are developed enough that they support the entire skilled workforce in those regions.

But in order to achieve a feasible development, people need to be involved in government’s decision making process. Only this way, the new smart cities will be more sustainable, more technologically driven and in the end, more liveable. 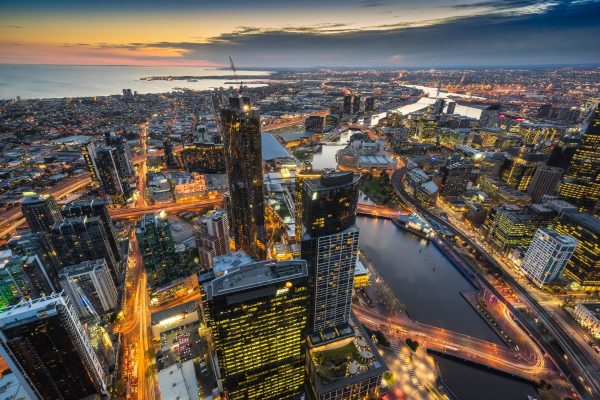