It seems that buildings are just as damaging to the environment as fossil fuel emissions, so states an Environmental and Energy Study Institute report claiming that buildings constitute 39% of CO2 emissions in the U.S.

Even when considering the implications and impact of modern, friendly products like Nest thermostats and Lutron lighting systems, they are only a fragmented part of a larger ecosystem that is not working cohesively and therefore is not as effective as they could be.

Microsoft decided to change the game; it has invested in anew ISP project, ISP stands for Intelligent Solution Panel and is the product of their IoT Lab that has just been bolstered with an Architect company.

WZMH Architects based in Toronto are the designers of the CN Tower. The strongly support the green PnP concept, where infrastructure is built like Lego, and that is why they developed the ISP, to act as “next building block of our future,” according to project lead Zenon Radewych.

Microsoft brought WZMH into their fold, and linked this company with their IoT lab, as such, it is Microsoft first venture into the world of construction and construction materials. The 12 people, the ISP team, led by Radewych, supported by engineers from Quasar Consulting Group, Stephenson Engineering, and startup C3PoE, are working to create a prototype of the ISP for 2019.

Radewych explains the concept “Imagine that the floor beneath you is modular, a super-smart floor made of iPads–or rather tablets because iPads are not made by Microsoft. This means that a building can become proactive to the needs of its inhabitants, instead of simply reactive.”

An ISP unit will integrate up to 20 different sensors in its structure, these sensors will live-track various elements of the interior environments, including humidity, temperature, smell, light, sound, movement, etc., and would feed this data into the homes IoT ecosystem. The potential of an intelligent building block is not lost to Microsoft or Radewych, and the race to be the first, as well as the best is already underway. ISP’s are not so unique; they are based on current SPS’s Sandwich Plate System’s that is an engineered composite material already in use in construction.

ISP’s would link to the mainframe that controls the building, and all the information would be processed by AI software that would become more proactive as its experience of the patterns and habits of the house owner become apparent over time.

Another aspect of ISP’s is that they would provide a universal source of electricity through a Direct Current (DC) and Power over Ethernet (PoE) as such, you would not need other adapters or connectors. Radewych states that “The future of smart buildings, and therefore smart cities, will be driven by connected devices and integrated solutions in buildings across the world. The lack of an international electrical standard has previously been a big hurdle to the IoT landscape.”

The bottom line is that an ISP would effectively reduce the costs of construction as an integrated composite component that handles both electricity and management systems. A city using ISP’s would effectively manage more than just emission control, it would be able to streamline traffic issues as well as supply chain issues such as automatic the delivery of goods from an ISP built food supplier to an ISP built logistics office using AV technology.

The only issues that arise from such a future are the potential of cyber terrorism, after all, the more IoT you get, the more access you provide to hackers. 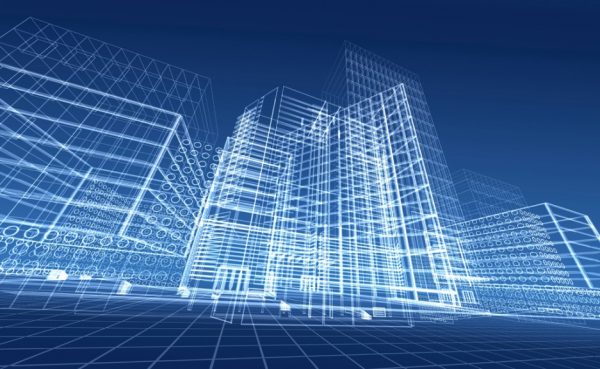