What pushes a city to succeed? What makes a city rich? Is it investors or its occupants? Is a city thriving because there are a handful of reach people that own a few properties and occasionally visit them while raising rent land prices to show profit constantly? Or is publicly owned, public shared society where rent is low, occupancy is high, and the fabric and culture of the city are constantly recharged and enriched by new generations?

London is a classic example of how a city becomes too privatized and too expensive for its own occupants, eventually leading to mass exodus of average citizenry, in comparison to Vienna that maintains a low rent, low land cost and at least 60% publicly owned property.

London is one of the most expensive cities in the world. London is expensive because the property owners demand higher rent and the only people that can afford those price work in the fast-paced finance district. Most of London properties lay empty as their owners live in other locations, while a lot of properties change occupants regularly as they are rented out for short to medium stays.

Social rent homes, which provide the lowest rent levels are dead, in their stead are “affordable rent” homes. These are properties that tenants get charged up to 80 percent of what the private market demands.

Social rent was created for the average worker such as teachers, nurses, cleaners and cooks. However, these don’t exist in London anymore.

When looking at one location, such as Elephant Park, which involved the Australian developer Lendlease, and is managed by Southwark Council. We find a property that was out priced to the occupants, and instead of being a social rent haven reduced 1194 social rent properties to only 82.

Blame is placed on the Southwark Council since a Lendlease spokesperson explained to the media that Elephant Park was part of a bigger zone called the Elephant and Castle Opportunity Area. This area was designated to produce around 3000 homes in total. The city council only request that 25% of these be made available for both affordable and social housing. 82 is approximately 2.7%.

Mark Williams, Southwark Council Councillor, told the media that “All homes sold by Lendlease help pay for the affordable homes. It is not within the council’s interest to manage regeneration schemes which do not offer the best deal for residents – everything we do is for the benefit of residents.”

Conclusions can be drawn, but the obvious fact is that the council and the developers work together in London to produce a costly environment that does not fit the average resident.

In comparison and diametrically opposed to the London formula comes Vienna. Vienna is a city that is 60% of its property is made up from housing cooperatives, combined with state-owned apartments. Thereby enabling resident of the city to retain their homes, pass it down through the generations and contribute to a thriving and happy community.

The Vienna Wild Garden Housing Project contains around 1,100 residential units made up of two-family houses to a multi-story residential building. These properties combined take up around10.73 hectares (26.5 acres) with 4.6 ha (11.37 acres) of green and open spaces. The other facilities in the area include a neighbourhood centre and a kindergarten. Within this plethora of residential opportunity, 200 houses are rented, 590 are self-financed apartment buildings, and 80 are owner-occupied properties.

Conclusions: Brexit might be great, but living in Vienna beats living in London for the average income Brit. 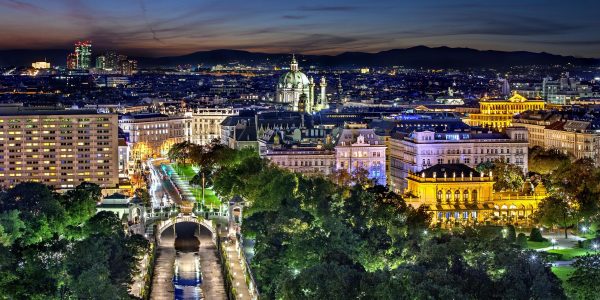