What is a Memorable Placemaking? – BDAA Skip to content
Previous Next

What is a Memorable Placemaking?

The sense of belonging is essential to people, and that means that everyone and everything has a place of their own. But when it comes to design and landscaping, defining the place becomes a little more difficult. Everyone, from designers, to government officials talk about how some places change the esthetic of a city. But nobody can define what these places are.

Furthermore, the term applies to different approaches in architecture. For some, it is important to create a unique building, and others feel the need to blend the place into the existing landscape.

The term “place” is a powerful one, so it is the key word in advertisements campaigns for private development. But it is, also, very important to local preservation and community efforts, because it means much more for people than a simple object or some invaluable space.

But what is placemaking and how do you make a memorable one? Read this article.

On one hand you have the architects who think that placemaking doesn’t need to be shocking in order to be memorable, as are Robert Stern’s (founder of RAMSA and former Dean of Yale’s School of Architecture) works.

Let’s look at The Imprint, a nightclub and indoor theme park located outside of Seoul. The team of architects from the Dutch firm MVRDV wanted to connect the exterior of building to the place and the general landscape. The result is simple, yet striking: a striking white facade dotted with trompe l’oeil windows and doors, dipped partially in a shimmering gold.

Memorials, remembering in the future

Boston city officials have a series of initiatives intended to honor the Kings. And recently, the shortlist for the Boston’s MLK memorial was made public, and it features names like: David Adjaye and MASS Design Group.

But memorials are difficult to place, as they should be built on order to maximize public visibility. It is also very difficult to create something that appeals to each individual, as it represents common identity.

The same problem is tackled by the designer Es Devlin, in her construction for the UK’s pavilion at Dubai’s Expo 2020. The Poem Pavilion was created in order to show the development Britain has achieved in the artificial development field and in space science.

Renovations are common, even for popular landmarks. But when it comes to ancient ruins, they are not so common. In 2014, Paul Clemens described in a series of tweets the inconsistencies of the Temple of Zeus in Athens. It is compelling to watch how little details have changed over the course of time.

If you want to read more about identity, placemaking and how a designer’s background can change the outcome of a project you should read the interviews Robert Venturi and Denise Scott Brown have given in 2004. 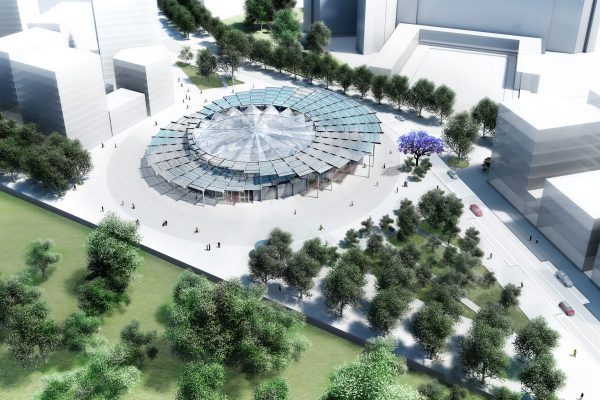